Reseda, Chatsworth, Tarzana, Northridge, Canoga Park and the Nearby Areas

Keeping Wisdom Teeth Not so Wise 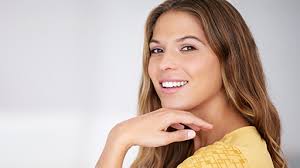 Young adults who keep their wisdom teeth often quickly develop gum disease, which appears to increase the risk of pregnancy complications and possibly other health problems, according to the first large studies to carefully evaluate the risks posed by wisdom teeth.

Data from 254 patients in their 20s who opted to keep all four wisdom teeth and underwent detailed follow-up examinations found that a surprisingly high proportion—60 percent—already had signs of early gum disease around those teeth when the study began, and about 25 percent experienced a worsening over the next two years.

Wisdom teeth, also known as “third molars,” are the last teeth to emerge, usually pushing through the gums between ages 17 and 25.

The conventional wisdom is that people who have gum disease typically don’t have a problem until they are 35 or 40 years old.” We found it is much more prevalent than anyone believed at a much younger age than anyone thought.

Gum disease occurs when bacteria grow in the tissue supporting teeth, which can damage the tissue and cause spaces known as pockets, to form around the roots. As it worsens, the infection can loosen and damage the teeth, eventually requiring them to be pulled.

Wisdom teeth are particularly vulnerable because they are difficult to reach and keep clean. Once the bacteria get established in the mouth, the risk they will spread and damage other teeth increases significantly.

People assume that if you don’t have any symptoms, you’re OK. What we’re saying is that’s not necessarily the case.

A growing body of evidence has also linked inflammation from chronic infections in the body, including gum disease, to an increased risk of a host of more serious problems, including heart disease, diabetes complications and pregnancy difficulties. Scientist’s suspect chronic inflammation released bacteria or toxic substances that can have myriad adverse effects elsewhere in the body.

Researchers have found that those who kept their wisdom teeth and had the worst signs of gum disease were more than twice as likely to give birth prematurely—on a par with the risk associated with cigarette smoking.

Whether or not wisdom teeth need to be removed should be evaluated on an individual basis.  When wisdom teeth remain completely buried or have erupted in good position with adequate room for thorough cleaning, they do need to be removed. Unfortunately, most of these impacted teeth are in an abnormal position generally resulting in  crowding, decay or infection.

What is an impacted wisdom tooth?
A tooth becomes impacted due to lack of space because the gum, bone or another tooth is preventing its eruption.  They may grow sideways or partially emerge from the gum or can take any position in the bone as it tries to find a path to emerge.

Why should a wisdom tooth be removed?
Several problems that can occur with impacted wisdom teeth are as follows:

Pressure Pain:  The pressure of the erupting wisdom tooth against the next tooth can cause pain.  Occasionally, the pressure can result in erosion or decay of the healthy adjacent tooth.

Decay:  A partially erupted wisdom tooth can collect bacteria, saliva and food particles causing it and/or the next tooth to decay.

Gum Infection:  An infection of the gums can also occur from this collection of bacteria and food resulting in swelling, soreness and bad breath.  Once this happens, subsequent flare ups can occur more frequently.

Cysts:  Tumors or cysts can also form around the impacted wisdom tooth. Although rare, the cysts can cause bone destruction and damage or displace nearby teeth.

Cosmetic Concerns:  The pressure of the erupting wisdom tooth may sometimes disrupt the alignment of the teeth (particularly the front teeth) which can compromise cosmetic or orthodontic results.  As a Five Star Dental dentist, Dr. Vorperian is aware how this movement can affect someone’s smile.

When is the best time to remove an impacted wisdom tooth?
Early removal is recommended at age 14-22 whether or not they are causing symptoms.  Every year of your life, the bone becomes denser raising the technical aspects of the surgery.  The healing response is quicker for this age group as well. Also, sedation dentistry has made a previously traumatic dental procedure into comfortable, relaxed visit.

If you are have any concerns regarding your wisdom teeth, Dentist, Dr. Vorperian can talk with you about the health and positioning of your wisdom teeth.  He may make a recommendation for removal if necessary. Dentistry consultations is available in Reseda Office for free to new patients!